One of the things I shared was, I have only become comfortable with the sound of my voice in the last few years.

This seemed to surprise quite a few people, so here’s the scoop......

This stems back to childhood, around the age of 7.

It was the school’s Christmas nativity play.

The way that it worked was if you didn’t have a star role ..... Joseph, Mary or a Wise Man (the Jesus role was always taken by a plastic doll wrapped in a tea towel), then you were relegated to the choir of angels and shepherd’s

You’ve guessed it...... muggins here didn’t have enough facial hair to become a wise man, and ended up surrounded by 100 unhappy angels.

Now, if you have watched any of my videos you will know I have quite a low voice..... I have had a low voice my entire life.

Some boys have to wait until puberty to start sounding manly..... I had such a low voice as a child, I could of telephone ordered alcohol at age 5, if that was a thing.

Anyway, back to the school play…..

The entire school was in the sports hall doing a rehearsal, it came to the first sing-song, myself and all the other angels and shepherds fired up, belting out a pitch perfect rendition of ‘O Little Star Of Bethlehem’

Not more than a couple of verses in and the teacher calls out STOP!

A slight look of confusion from everyone, then the teacher drew her attention to me.

You know how, when one person looks at something, everyone else then looks at it?

Yep, the entire school was suddenly staring at 7 year old me.

Teacher: ‘Anthony, all we can hear is your voice, could you just pretend to sing instead’

There it was.... like cave paintings, a new story had been painted in my mind.

Over the coming weeks I started to form a stutter and struggled whenever the attention was thrown towards me.

Over the years people would tell me how great I sounded, that I must be a singer or I should do voice work….all I could think about was how terrible my voice sounded.

When I first started in the world of entertainment, I was told to watch footage of my performances so I could see where I needed to improve, this was a process I struggled with, having to sit there and listen to myself was REALLY confronting, the inner critic went in to overdrive (I didn’t like the sound of that voice either).

The turning point came when I realised the story that had been holding me back; being able to see those cave paintings and choose to add a new end to the story.

On reflection I find it funny how the kid who was singled out for being the only one that could be heard, now lives a life of speaking from stage (or in the current climate on camera).

What cave paintings do you need to discover and give a new ending, or as I prefer to look at it

(And yes that clown in the picture is me) 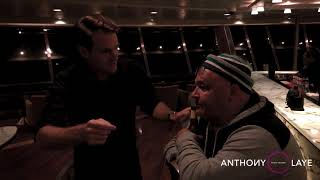 Dealing With A Negative Interaction

Is Technology Destroying Your Happiness 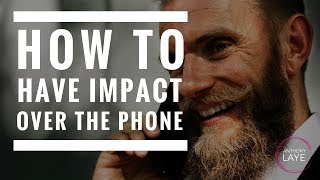 How To Have Impact Over The Phone

BODY LANGUAGE TIP - HOW TO READ MINDS USING THE EYES

How To Keep A Virtual Audience Engaged

My Simple Studio Set Up

Are You Making This Big Mistake?

Are You Struggling To Edit Video On Your Phone Quickly?

How To Make Your Virtual Conference More Engaging.

How To Look Good On Zoom

How To Sound Better On Camera